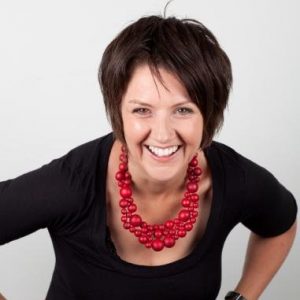 Amanda Blair is a Broadcaster, Columnist a Board Member of The Independent Gambling Authority, previously on the Social Inclusion Board and spent six years on the Board of the Adelaide Festival. She won a MO Award for Best Live Show in Australia in 2003, in 2011 she won the St Mary of the Cross MacKillop Award for outstanding contribution to the Media from Archbishop Philip Wilson.

She was named by the Australian Newspaper in 2013 as one of the 5 most influential people in the media in South Australia. Her individual fundraising efforts have raised over 1 million dollars. In June 2013 she threw in the radio towel to spend more time with her kids and to concentrate on her great passion – competitive baking. In 2013 she won a Blue Ribbon at the Royal Adelaide Show for her Marble cake – round or square, 2nd place for her Pavlova and also a 2nd for slices – three varieties – 2 of each unbaked.

The judges said they had never seen such precision in slice cutting……She’s also now writing a monthly column for the Australian Women’s Weekly.