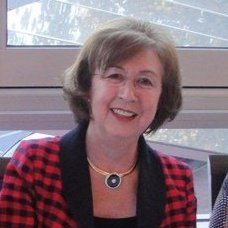 Maria KENDA Born and Educated in South Australia, Bilingual, Mother of two University of Adelaide Graduates, and proud Grandmother of one. Maria Kenda is the sole owner of EmKay Design Jewels Manufacturing and Retail specialising in Australian Pearls, Diamonds Gems and Opals, with her Retail outlet located in The Hilton International in Victoria Square Adelaide.

Maria is best known in Adelaide, South Australia for her award winning Jewellery which is sold locally and exported to seven overseas countries. Maria Kenda is a foundation member of the Australia Gem Industry, instrumental in promoting Australia’s Gem resources.

Maria’s commitment to the Jewellery industry over the past 35 years on a national level has brought about the regulation of the Jewellery Industry Guidelines for their members and assisted in the development of the Australian Jewellery Design Awards.

Maria was Australia’s first Woman President of the Jewellers Association of Australia, South Australia and Northern Territory. Her creativity in Jewellery extends to other creative arts, including Cuisine, Language, Music and Opera. And is a supporter of the Arts in South Australia.

Maria has been actively involved in her community and has assisted over 25 Local Organizations, and her Charitable Philanthropy in Adelaide over the past 30 years has raised over 7 millions dollars for deserving Charities, and Medical Research.

Maria is a trustee for the Victoria Square Fountain Benefit Trust, has received numerous Business and Design Awards, and in 2010 in the Queens Birthday Honours received her country’s recognition as a Member of the Order of Australia Maria A Kenda AM..